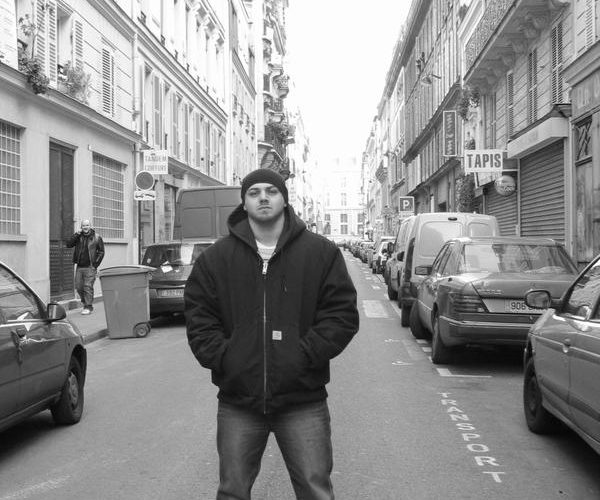 Decades in the music business, Iraq born music producer Detroit’s Filthiest a.k.a. Julian Shamou has shared his latest single ‘Werewolf’ via EPM Music. Releasing music for other well-known labels like Defected, Casa Voyager, Bass Agenda through the years the music producer has made his name known from Baghdad straight to the city of Detroit which is home to the Ghettotech movement he associates with. Julian grew up on the streets of Detroit and started producing music in his early adolescence, always experimenting with the boundaries of techno the DJ plans to continue standing out.

We chatted with prolific music producer Detroit’s Filthiest and found out more about his craft.

I got into music at a young age. I never had a desire to DJ or produce. I just wanted to absorb all this wonderful music I was hearing on the radio and The New Dance Show. I would go to my local music store to purchase the music. People working at the shops would tell me that the music I was looking for wasn’t available on cassettes or CDs, only on vinyl.

After talking to a few people, I found out where they sold vinyl. At the time I didn’t even have turntables. I bought a $99 turntable just to listen to the music. A friend of mine encouraged me to buy turntables and get into djing. After a few months, it only made sense since I had a nice selection of music.

What inspires you and what makes you want to keep making music?

The challenge of trying to do something that I never have done before and reinventing my sound inspires me and makes me want to continue to create music. The ability to push myself into new boundaries is a motivating factor. I have been making music since 1996, and I am getting more attention now more than ever due to people discovering my music from the past but also the new music I am making. This quality of music and the evolution of my sound has helped me stay focused and passionate.

Which artists are you currently listening to? And is there any one of these that you’d like to collaborate with?

This might come as a shock but I do not listen to any of the current artists that are out there today. If I want to get inspired I listen to older artists from the ‘70s and ‘80s. The method behind the madness is due to not trying to get influenced by anyone but try to create something different on my own.

How do you separate yourself from other artists and producers right now?

I believe the way I separate myself from others is by producing a sound that is different and unique from what is out there. The market is already saturated with music, the only way to try to separate yourself is to produce a product that stands out from the rest of the competition.

I consider myself as an “Artist”, not a producer. The difference between the two is an artist develops his own sound and creates a trend where a producer is making whatever the hottest sound is at the moment.

I would say after Disclosure licensed Pass Out from my 313 Bass Mechanics release In 2015 for their second album which came out as a promotional single entitled ‘Bang That’ that I originally produced back in 2001.

I would tell up and coming producers to work on their sound and not get caught up in social media and trying to be a flash in a plan. Make sure you want to make music for the right reasons and not to be in a popularity contest. Let your music speak for itself. Create your own sound and brand. Constantly work and evolve your music.

I would say my Akai MPC 3000 which is the first piece of equipment that I bought back in 1996 and still use to this day.

It would be nice to purchase an original Roland 808 drum machine but the prices are through the roof.

Tell us about your upcoming releases or projects?

I have a couple of releases that will be out by the end of this year. First is a release on Defrostatica Records entitled Fight to the Finish. The other release planned is on Casa Voyager Records entitled 100% Authenticity Guaranteed.