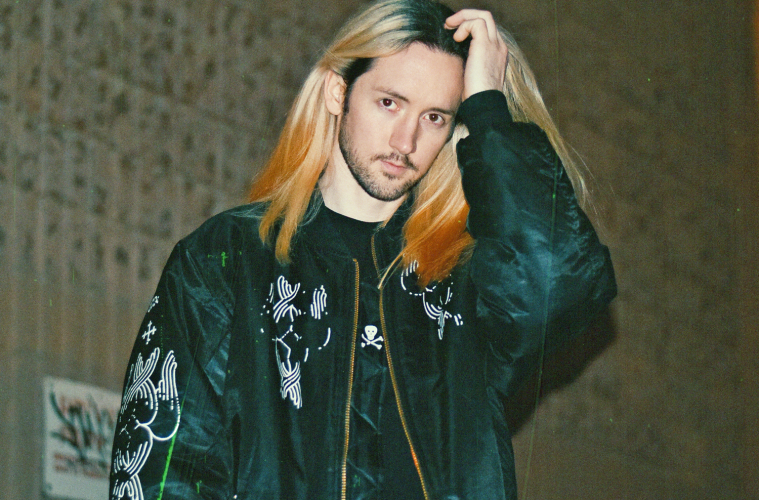 A “phenomenon” is one word you can use to describe rising footwork artist HomeSick (Shaun Lodestar), who is set to release his highly anticipated EP ISOLATION TAPE on the 11th of December 2020. This release includes the ISOLATION TAPE Album launch party happening Saturday, the 12th of December. The music producer unveiled his single ‘Like This 2020’ earlier this week and gave us a taste of footwork that is not afraid to follow a more chaotic process than most would venture into. This latest release builds onto the progressive foundation that he cultivated while studying at the prestigious Red Bull Music Academy. HomeSick has crafted a new style around this freeform genre known as footwork, resulting in an energetic and hypnotic experience that does not feel the need to fit in, but rather stand out for the better.

We are pleased to present this exclusive Q&A with none other than the man himself – HomeSick.

I learned music from a young age and it’s been a steady part of my life ever since. I only ever started approaching it professionally in 2013 when I started this project as HomeSick.

Tell us about your favourite track on your upcoming EP and why it stands out to you.

I would say ‘Omen’ is my favorite track off the album, I used machine learning elements to generate the drum patterns and vocals to the point where it felt like it was co-written by artificial intelligence.

Which artists are you currently listening to? And is there anyone of these that you’d like to collaborate with?

During the creation of this latest album, I’ve been listening to Throbbing Gristle, Giant Swan, and Andy Stott. I think I’m a pretty difficult collaborator but for sure, would always love to.

ISOLATION TAPE steers away from your previous sound in earlier releases. Is this an enhancement of your style or a re-invention?

ISOLATION TAPE was unique because it began as an audiovisual mixtape and later adapted into an album. The sonic design throughout the album was intended to be presented with a visual counterpart. But I found myself actively adapting the music into DJ tools for what would become an album of the same name so the visuals and audio could operate unbounded from one another. Hard to say how I will look at it months from now but for now I’m not looking at it as a re-invention, but just experimentation.

Looking back on my world tour last year, I really can appreciate the success I’ve had as a music producer and DJ. It was my first time in China and my first time spanning 3 continents on a tour. Another one would be my time at Red Bull Music Academy in Paris in 2015, that whole experience was life-changing.

Stop overthinking shit. There is no shortage of jaded DJs and producers who try to enforce their values on the community. They’re often the loudest but their opinions are the most worthless. Make music for your friends, make music for your DJ residency at the bowling alley, don’t try to please anyone but yourself.

I try to operate outside of the box when I can, but still, I have my production governed by an Ableton Live set. I’d like to branch out one day and do some multitrack tape recording or something, but I’m bound to Ableton for the time being and not mad about it.

I’ve started to branch outside of the box a bit and got my first synth, the Prophet Rev2. But really I want to start introducing some high-quality processing chains into my setup – get some nice preamps and compressors in the rack.

What evoked this more experimental side in your latest song ‘Like This 2020’?

Composition-wise I would argue the track is a pretty standard juke DJ tool, but I perhaps went a little deep with the sound design. Particularly the intro sequence with drones, I attribute to nights spent listening to Throbbing Gristle records.

Tell us about what your upcoming releases or projects?

This time of year I’m usually releasing some music-festival-targeted productions, but since it looks like a 2021 festival season is off the table already. I’m likely going to keep releasing more self-indulgent stuff as I did with ISOLATION TAPE.

Check out ISOLATION TAPE on the 11th of December via BSTS.