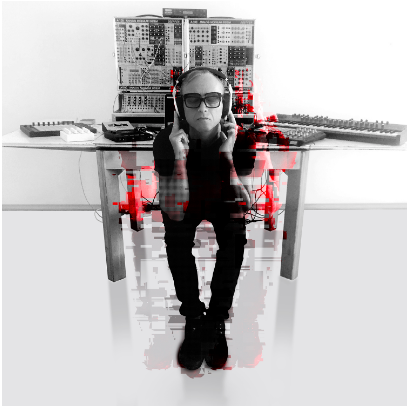 ‘West-Berlin’ is a full-album that will be available both digitally and in coloured double-vinyl and is filled with club enchanting melodic beats and dance-fuelled lyrics.  With years of skill that are unique to Germany’s underground electronic movement, NHOAH created this album from scratch whilst working on the road. NHOAH explores into a deep consciousness on this album with a theme centred around past, present and future. Drawing intense inspiration from the infectiously spirited club scene in Berlin. The singer is influenced by creative producers Conny Plank (Krafwerk, NEU!, Ultravox) Hans-Joachim Roedelius.

The songs off the album all have a wonderful progressive arrangement with seductively insync lyrics and blended elements. “NO Kohle Oel Erdgas” the album’s fourth song has robotic voices being repeated over a enchanting club beat. “120 Red Skies” is the second track on the album and sets a perfect tone of heavy basslines and spilling chopping synthesizers all under beautifully paced beats.

Speaking on the new album NHOAH comments: “I was born in a club; the club was called ‘West Berlin’. There were the dance-mad, the military refugees, the gays and lesbians who had to escape the pressure elsewhere, and the lateral thinkers and revolutionaries. In this club, “West Berlin”, bars, discos and dark rooms were open all night – with no closing time. The East Berliners, right outside the door, were not allowed to get in. I was born into this maelstrom and grew up within it, and the club “West Berlin” left lasting marks on me until its closure.”